Posted on September 30, 2013 by franklindmitryev

From the September-October 2013 issue of News & Letters: 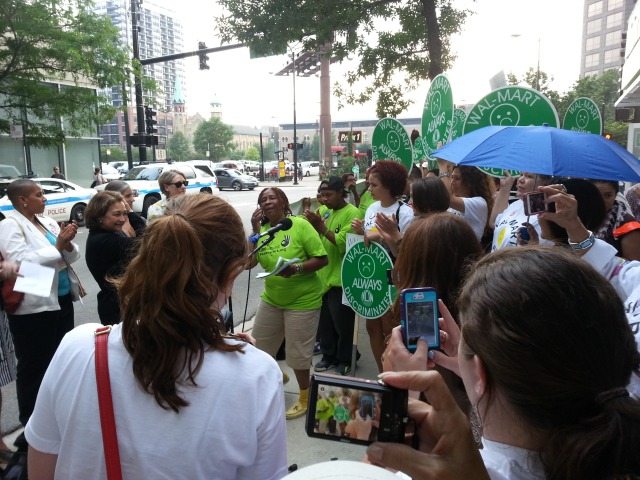 Walmart store and warehouse workers, with the support of several busloads of national NOW conference participants, rallied at the downtown Chicago Walmart store on July 5. Workers demanded better wages, an end to discrimination against women and people of color, and an end to harassment and retaliation against workers trying to organize.