Posted on November 27, 2013 by franklindmitryev

From the November-December 2013 issue of News & Letters:

In 2009 in England, Suw Charman-Anderson started the first annual Ada Lovelace Day by asking 1,000 bloggers to discuss women who, like Lovelace, the first computer programmer, excelled in STEM (science, technology, engineering, and mathematics) fields but did not receive the credit they deserve. 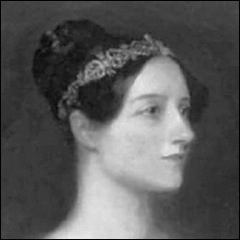 This Oct. 15, the fifth annual Ada Lovelace Day was celebrated worldwide by feminist groups, universities, and bloggers with conferences, educational and artistic projects, and editing sessions to create, correct, or improve internet articles about influential women scientists. This is part of a trend in feminism of encouraging women’s interest in STEM careers that fortunately seems to be replacing the trend of rejecting science as patriarchal.

In September, 64-year-old Diana Nyad became the first person to swim from Cuba to Florida without a shark cage. She made the first of four unsuccessful attempts in 1978 and stated she succeeded now due to her mottos of “find a way” and “never, ever give up.” Hundreds of people lined the beach for the completion of the nearly 53-hour swim because they were inspired that “Life is not over at this age by any means” and “I’m more of a human spirit story than a sports story.”

The feminist activist group FEMEN—founded in 2008 to promote equality in the Ukraine, with newer branches in Europe, the Middle East, and North and South America—demonstrates for causes such as abortion access and the separation of religion and state. Other feminists have accused it of paternalism in attempting to rescue rather than ally itself with sex workers and women in fundamentalist Islamic cultures. Its demonstrations all involve topless, conventionally attractive young women calling themselves “Sextremists,” yet they protest sexual exploitation. The group admits this had been the policy of a former male leader. While its members face violence from police, legal prosecution for desecrating religious symbols, and alienation from their families, they have been accused of receiving salaries and having no real impact.